With recent world events seeming to follow the plot of the prologue to a dystopian novel I thought now was a better time than any to get my act into gear and try and post about what I accomplished in the last year or so. I figured I would begin by discussing my work with V.J. Paluck on "The Fairytale".

To begin, "The Fairytale" has been a labour of love and absolute agony since the summer of 2013. It was a script I had originally written in the chance of getting to perform it with my class at what was then called the Sears Drama Festival. Unfortunately this did not work out, and while I was given the opportunity to try and put it together later in my Grade 12 year, I could not bring my vision to life and ultimately I decided to scrap the project.

That being said, I had a lot of supporters behind the project. My friend Alyssa, my partner Justin, and my sister Kristen. But the biggest supporter by far, who spent the years between constantly messaging me about whether I still planned to do something about it, was V.J. Paluck. V.J. Paluck was the first to really connect with the vision I had in mind for the project, having read the very first script back in 2013. He just "got it", a phrase I like to use for when people can see my vision without me having to tell them what it is. He loved the idea of it, and he refused to let it die.

In early 2017 I finally went back to it, and revamped the script, keeping the beating heart of the work alive while also changing its shape. I wanted to write a piece that read like a fairy tale but was still fundamentally different. In the end I got a piece I was proud of again. A young writer. Desperate escapism. Art as therapy. Art as self-destruction. The search for control. The beauty of a life. Most importantly, the power that words and stories have over our lives. I shared it with everyone who supported it, including V.J. Paluck, and from there I let it be.

After our show together at the Samuel J. Zacks Gallery of York University in 2018, V.J. Paluck was invited back for another show. Kind as he is, he extended the invitation that we finally take the time to bring "The Fairytale" to life, if not as a play, as an instillation. So, that is exactly what we did.


Setting up the show was an interesting experience. It was odd, as a writer, to then not only try and envision, first, how I would want the set to look like if I were to ever put "The Fairytale" on as a play. I then had to work with Paluck and the Gallery to then imagine what that set would look like as an art installation. The results were different than I expected, and, looking back, were there things that I would have done differently if I was doing the project now? Absolutely. Overall however, I am proud of what we made.


I believe, that for me, what was most important about "The Fairytale" was not about seeing a work to some kind of completion. Do not misunderstand; completing a work is important, and it is vital to your development as both an artist and a writer. However, what was most important to me when it came to this project was learning how much belief, how much faith, others can and will have for you and your work. Not just V.J. Paluck, who is to this day still determined to see the script performed, but also so many others, who remembered the work and expressed their excitement to me about it being revisited.

Words are powerful, and they are vital. They make more of an impact than any of us could ever know. In these uncertain times, when I am working on a new project, and thinking of the works I have completed in the past, despite all the strife this one work gave me, I am proud of it. I am proud to have produced something that made people believe in my talent so wholeheartedly. That made them want to support me, and extend opportunities to me. I do not know where "The Fairytale" will go next, but I thankfully have a set designer and a handful of actors ready to participate should I ever manage to make it work and bring it the life it so desperately longs for.

I hope some of you will be with me when that time comes.

A Quick Update on my Past Year

Posting a quick update for the day.  If you are an avid reader of the blog or a friend, you will notice that before it, I had not posted for some time. There is a world to catch everyone up on, so many different events and adventures, and sad times too. For now, I will try to keep it brief.
In roughly the past year, I have lost quite a few important people in my life. People I loved dearly, and would do anything to get them back. In connection to that, the last year has been about work and keeping the mind busy while I processed my grief. I was working on applications for Teacher’s College, which I am currently attending. I wrote a book, and a collection of short stories in the last year, “Belladonna” or “In Our Borrowed Bones” and “Here Be Monsters”. I did another show with V.J. Paluck based off a short play I wrote called “The Fairytale” at the Samuel J. Zacks Gallery of York University. It was a wonderful experience to get to see something I wrote so long ago come to life in such an interesting way. Different than how I imagined, but I am grateful for it. Now, I am between projects, but am looking into different magazines and contests for some pieces that I already have completed.
Another part of this update is that another reason I have not been writing is because I took a two month trip to Europe. I went with my sister and visited thirteen different countries and had a wonderful time. I was able to visit some members of my extended family, and I have seen so many beautiful places and people. I hope I can find the time to talk about it more and share some photos.
For the rest of it, school has just been keeping me quite busy, but, for all the hardship and trials, I am happy, and I hope that the days will continue to get brighter.

With recent world events seeming to follow the plot of the prologue to a dystopian novel I thought now was a better time than any to get my... 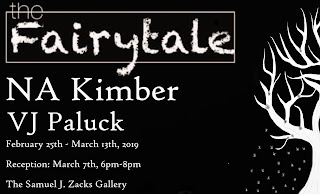 N.A.Kimber
Twenty-something year old writer, hoping to learn, grow and reach out the people through this blog. I have Honours B.A. with a major in English and Minor in Creative Writing. I am currently pursuing a Bachelor of Professional Studies in Teacher Education